Rock is Dead – A solo exhibition by Nanae Mitobe


We at biscuit gallery are pleased to announce that we will holding Rock is Dead, a solo exhibition of works by Nanae Mitobe, from June 24 to July 11, 2021.


The culture of rock music left tracks of dazzling light in the 20th century as a symbol of youthful energy powerful enough to pull down the barriers of dull little worlds. Rock stars stood as champions who spoke for those without a voice, anarchists who spat at the establishment, and revolutionaries who were out to change the world. With such personae, they captivated and led the youth living through those times. As the times changed, however, rock became more commercialized, and the artists who had shot to stardom were consumed like products as their visions became hackneyed and hollow. In the end, all that was left was the facade of style. In the accompanying atmosphere of envy and disappointment, the phrase “rock is dead” was in the air.

For all its provocative, aggressive musicality, glittering style, and rousing messages, rock has a history of turning its artists into idols that are consumed as commodities. Rock stars went on singing while struggling with the contradictions and conflicts they encountered in the gap between their idolized and real selves. Mitobe has been steadily producing new works while overlaying the consumption-expression antinomy that must be confronted by all active in the world of art on the figures of such idols of yesteryear. Even as we enter an age when many are pointing out the limits of capitalism, the art market is nevertheless ballooning. As it caters to the wants of this market, art is losing substance and becoming distorted. It is clear to all concerned that, however disillusioned they may be with this situation, the rules and principles of capital cannot be ignored. With full understanding of this area, Mitobe has applied pigment in a manner that seems aimed at breaking through this impasse, and portrayed rock stars with the words “art is dead” in her head.

This exhibition displays works depicting rock stars of the 1970s. The subjects include David Bowie, the icon of the glam rock scene who made his mark in fashion and cinema as well as in music, and The Runaways, the girl band that smashed the conservative idea of femininity with their risqué appearance and behavior. Today, innocuous, colorful interior items that have a pop flair and carry no statements or messages are sweeping the market as works of art. Under these circumstances, the depiction of stars who lived amid contradiction and conflict is an attempt to shatter the position of paintings as products. Mitobe has steadfastly adhered to her style of ultra-thick impastos ignoring concerns of efficiency and ease of handling. Radiating the raw smell of pigments and bearing up under their weight and mass, the rock stars portrayed in this style flaunt the very antithesis of today’s art. 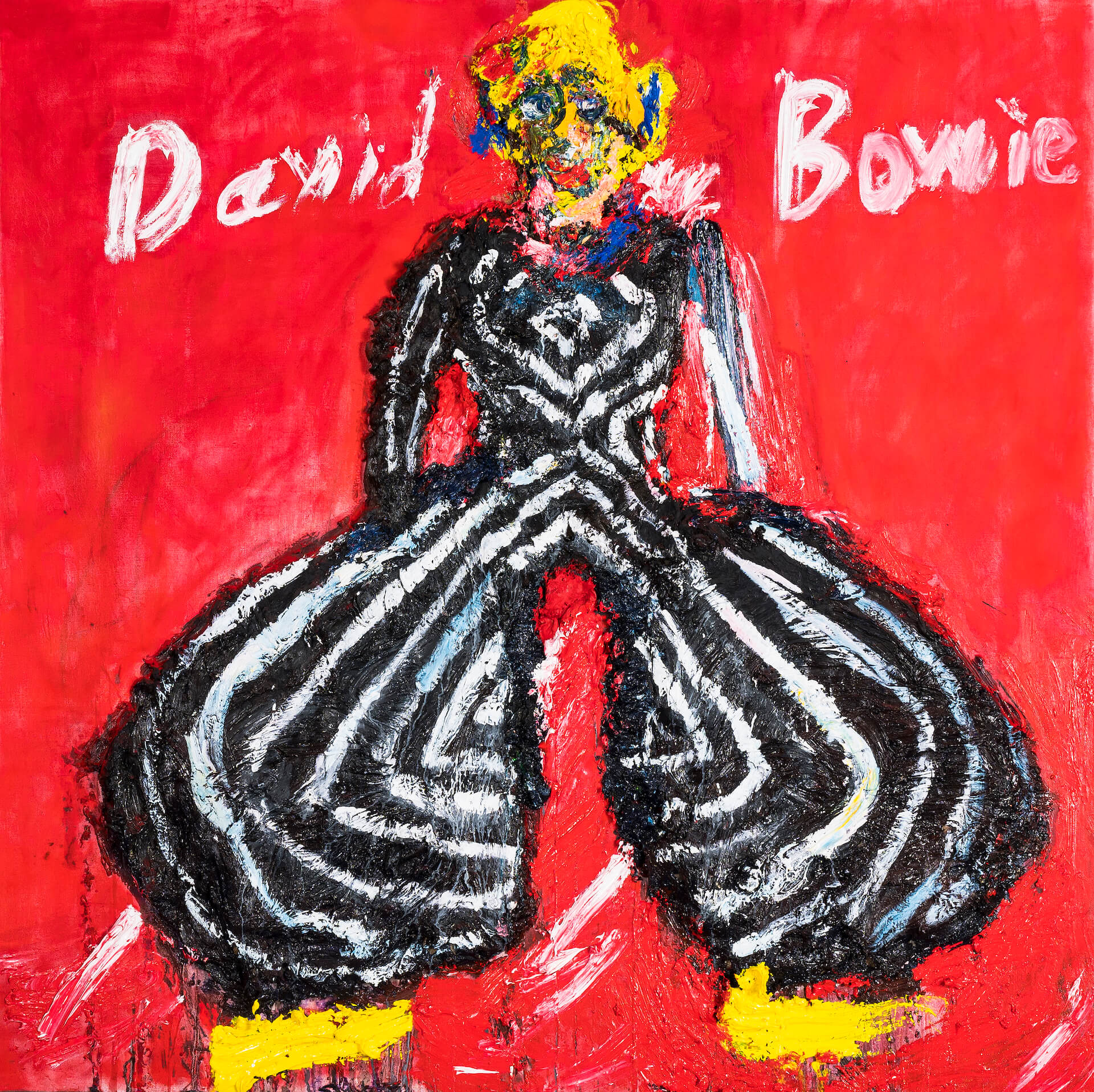 Curator Junya Yamamine has written the following comment on this exhibition.

One thing I have decided never to do is to talk about paintings.

I have worked mainly in the area of videos and photographs, which I consider to be no more than sub-streams in the field of art. I have viewed painting, the mainstream, as sacred ground in which I was not qualified to set foot. Indeed, I may even have felt that I could pride myself on my singularity by doing so and carving out a path for myself as a counterpart to the mainstream. Or perhaps it was because of a meanness of spirit that came from being shown over and over again in this world of art how all sorts of art-related institutions revolve around painting. In any case, there is no doubt that I have avoided squarely facing up to the entity that is painting. It was smack in the middle of this mental milieu that I made the acquaintance of the painter Nanae Mitobe.

I first saw works by Mitobe at Musee Hamaguchi Yozo. With their levels of mass going beyond the conventional realm of paintings, they projected an extraordinary presence that could not be comprehended iconographically. If anything, their massiveness made them seem more like sculptures than paintings. Mitobe, however, insists on calling them paintings. In contrast to my impression of her as a reticent, charming artist, I found an unshakeable belief in the supremacy of painting, and hardheadedness. Her tenacity and the strange pressure generated by her works left an indelible mark on my mind. And yet, I figured they were not compatible with me as one working in the world of contextualism, where artists wield the language and rhetoric of video to manipulate images in the minds of viewers. Nevertheless, this was just a jealousy of her overwhelming aura that arose inside me as I struggled with art in the age dominated by replication technology devoid of all aura. And because of this jealousy, I shut it out. That is how I finally see it now. Yet Mitobe, too, was struggling in the arena of contemporary art that had forgotten reliance on aura and placed supreme value on rhetoric deftly merged with context. She, however, had a unique weapon at her disposal; this was nothing other than the generation of a concrete impact that virtually shouts “this is painting,” thanks to the staggering mass of pigment, smell of oil paints, and sheer presence of her works. The art looks almost absurdly single-minded and clumsy. But then the keen viewer realizes that the essence and appeal of Mitobe as an artist lies in the way she takes this line of hers as far as it can go.

Although I am presumably on the opposite pole from her, for some reason, Mitobe often came to my talk sessions and events, and listened closely to the discussion. In this connection, she asked me for some advice. I had had few opportunities to comment on paintings, and was fairly taken aback by this request. At that time, I guess I said something about the iconographical impression made by flat images in the contemporary channels of information distribution, as well as the narrative carried by works and the need for a hook for linkage with the existing context, however excellent the work may be. I believe that’s the sort of superficial theory I talked about then. But when I again saw works of hers at her studio, I had to correct the shallow view I had had of her art, which was constructed with a sense of values completely outside the grammar I knew. The presence radiated by the multiple layers of pigment applied by Mitobe in her dialogue with Michael Jackson, David Bowie, and other personages who attracted her speaks to us more eloquently than any words could. As I have endeavored to grasp art conceptually or with a logos (in short, too much with my brain), this realization came as a shock to me. Thanks to her, I became re-acquainted with one of the fundamental aspects of art.

The theme chosen by Mitobe, who prompted this realization of mine, for this group of works is “rock is dead.” I imagine that she wants to scream “art is dead,” and is projecting her voice on those of the rock stars who bucked the times and shone in their day with a sparkle born of the resulting friction and conflict. I understand this feeling of hers all too well. She says that, when she first saw Van Gogh’s Sunflowers, the painting seemed to be shining. Today’s art world is accepting as “art” an influx of works that truckle to the market, are shallow, and take aim at a certain clientele. She undoubtedly thinks that it is no longer shining. I can empathize with this outlook. While she and I have different ideas of what is beautiful, we both cannot bear to see the expulsion of art that seems to shine and the pretensions of art that merely imitates styles and modes to the mainstream position. To me, a work is beautiful because it is imbued with the earnest cry of the artist. Art is made art only through the overlay and resonance of the work itself and the cry of the artist. If this is in the process of being lost, then art is heading for the same fate as rock that lost its fire and soul.

Once, things of beauty were called art. But these days, even things that do not appear to merit the term are being called art. The antitheses conceived by Mitobe in her desire to demolish this circumstance ensoul her works. Art that carries on superficial techniques and styles is embraced by the mass media, easy to handle, and geared for commercialization. And the economic principles on its side magnify the power supporting such art. As this trend deepens, the people who have been captivated by the genuine, diverse, profound, and at times unsettling or fearful power animating real art are becoming unable to object. We are entering such an age right now. Even in this age, however, I would like to think that beauty will be born from the internal struggles of people who remain true to their own mode of expression. I would also like to entertain at least a faint hope that it is precisely the works they create that will defeat the status quo. Only existences shining with the glimmer ignited by struggle can truly be artists. Mitobe has proceeded in pursuit of this path. I have a hunch that, with these new works, she is opening the door to her advancement to the next stage. This is because the thickness of her works is permeated with her fervent cry. 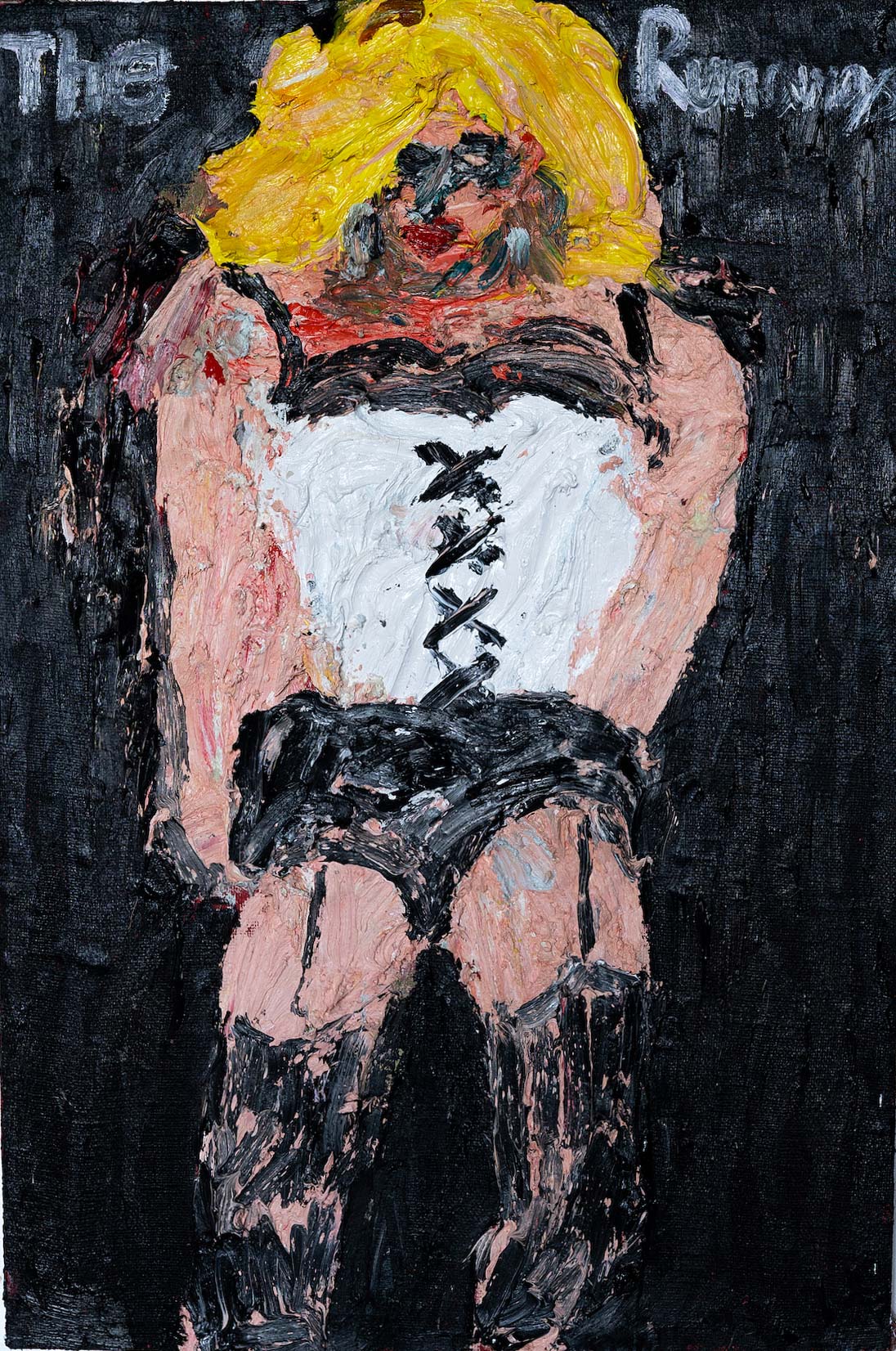 I heard the news of David Bowie’s death in 2016, and went to see a big retrospective exhibition on him that was held in Japan in the following year. The exhibition was very exciting to me, but the David Bowie in my heart had a perfect beauty, and I was unable to portray him on canvas. The ensuing years went by in a flash, and the art scene in Japan, too, underwent major changes. These changes also influenced my thinking on the art that I had believed in. Amid my doubts about beauty, Bowie’s bold message, in effect declaring that he was an alien, brought home to me an individual existence transcending beauty. I was saved by his existence. 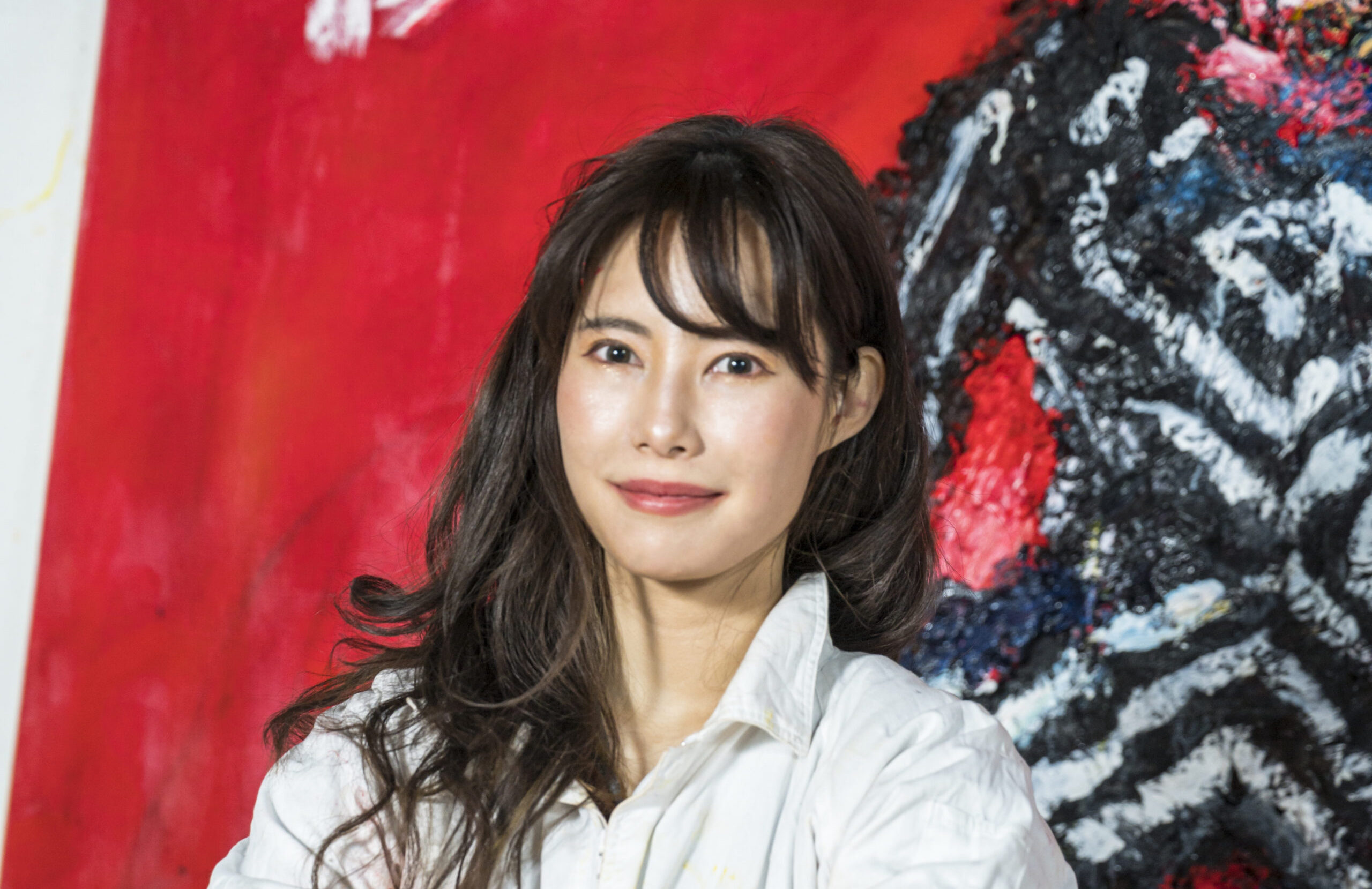 Outline of Rock is Dead, a solo exhibition by Nanae Mitobe

Closed on Mondays, Tuesdays, and Wednesdays