biscuit gallery is pleased to announce our first Curatorial Project , a project to support the activities of young curators, with a duo exhibition by Satoshi Kikuya and Kasumi Maeda, “notes of shadows,” curated by Riho Matsue. The exhibition will be held using 3 floors of the gallery from September 8, 2022. 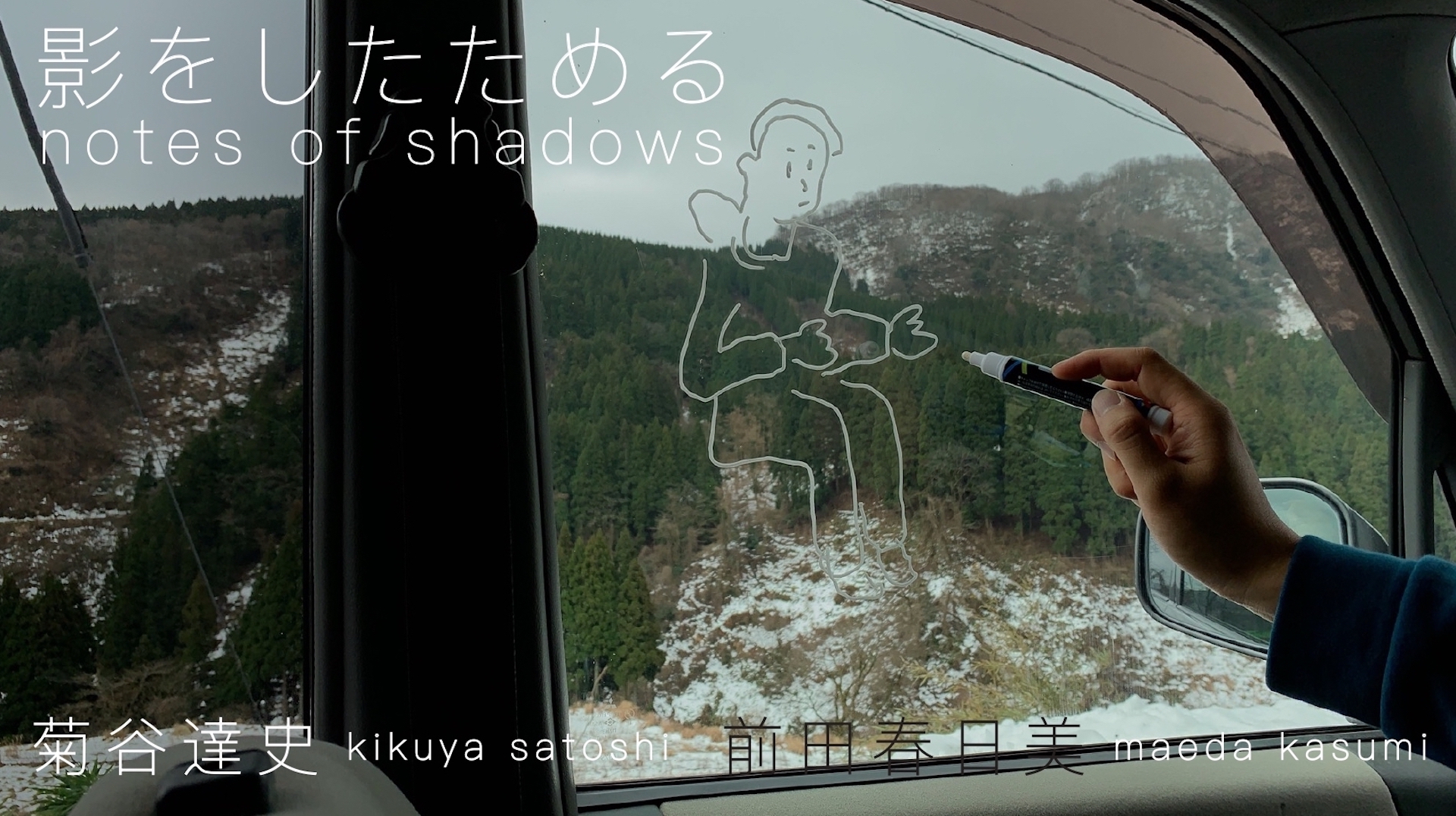 The first curator we feature in this project is Riho Matsue, a master’s degree student in the Department of Art Studies and Curatorial Practices, Graduate School of Global Arts, Tokyo University of the Arts. 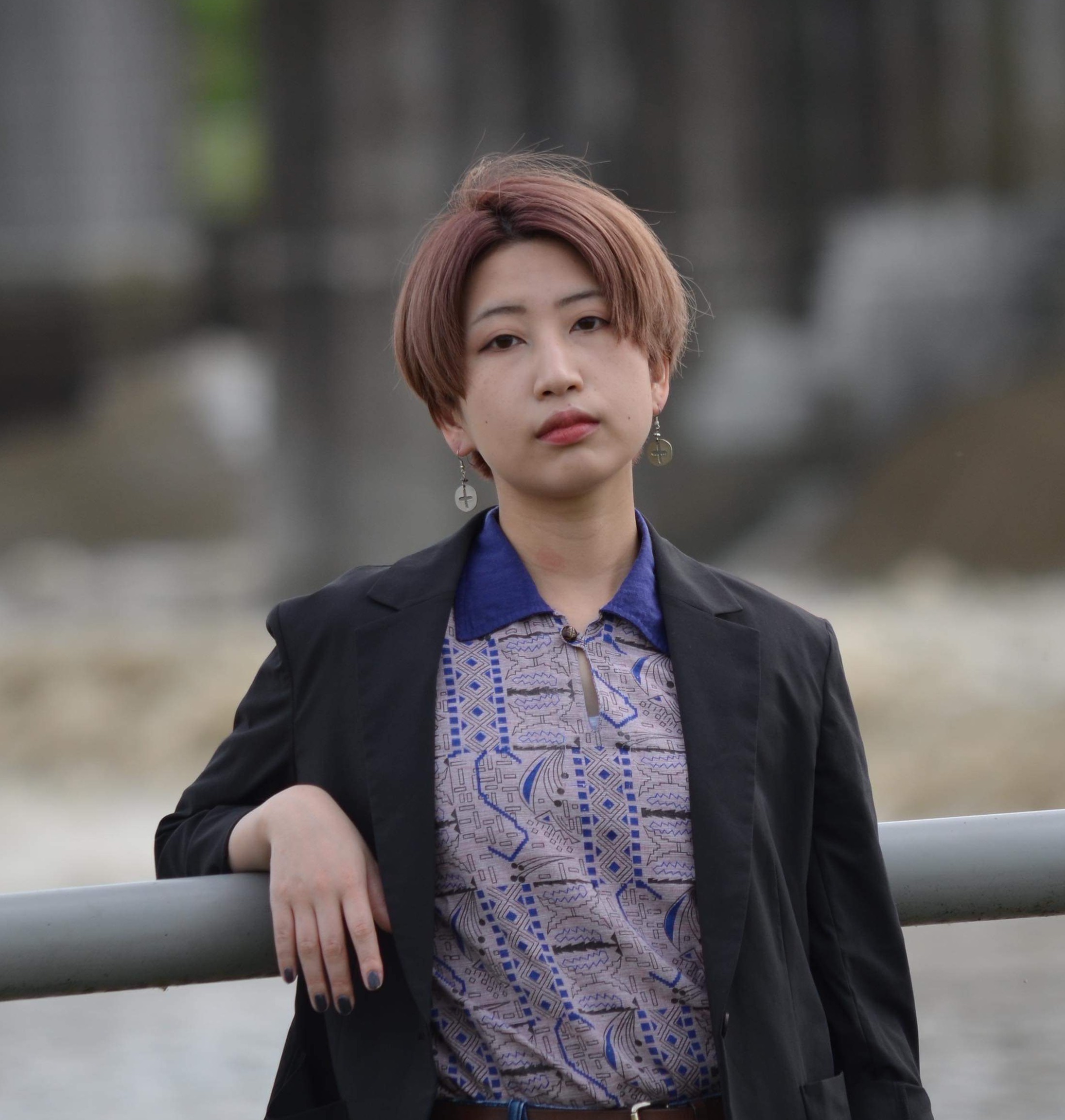 A duo exhibition by Satoshi Kikuya and Kasumi Maeda, “notes of shadows,” will be held at biscuit gallery under the curation by me, Riho Matsue .
“Shadows” have been literally lying beside us since ancient times, stimulating people’s imagination. For example, according to a Greek legend recorded in the “Natural History” of Pliny the Elder, a Corinthian maiden traced the outline of her departed lover’s shadow in the light of a lamp and left it on a wall, which is said to be the origin of painting. Shadows have also appeared in many stories as an alter ego, like a doppelgänger. Dark shadows, which are the counterpart of light, are often seen as psychologically negative. In this exhibition, however, we would like to get closer to every substantial being, pick up the nature of shadows that appear in different dimensions, and superimpose them on the stance and method of expression of each artist in their creation.
For example, Kikuya, who has created surrealistic two-dimensional and animation works, which are a mixture of Pop Art, modern Western-style paintings and illustrations, using daily documental pictures and movies left on his iPhone, locates his work in the shadow of the history of painting, and simultaneously  accepts pictorial expression frankly as a “shadow” of the real world, an image without record or substance. Maeda, on the other hand, has often expressed a sense of inadequacy and dissatisfaction with her body by using mirrors and projectors. Her method of projecting her own body onto a flat surface and transforming its contours and traces of its existence back into a three-dimensional work with substance is one of her attempts to accept the gaps in the body and to find a way to coexist with a sense of inadequacy.
To note shadows is to remember that something, someone, or ourselves was there. In today’s world, where everything passes so quickly, the attempts of these two artists to find their own place in relation to the world by looking at the shadows at their feet will also stir our imagination like the shadows.

One Note of The Shadow

Many years ago, I was invited to a gathering and ended up at a house of a stranger. It was there in a room, on a table, a single flower was in bloom in a vase. It was a branch of a cherry blossom. I went to take my iPhone out of my pocket to take a photo, when a person in the room called out to me, “Seems like someone broke off that branch willfully, it’s not really something they should have done, so you probably shouldn’t take a photo”. I can’t recall the face or name of those people from that day, but in my iPhone, there remains not a photo of the branch itself, but a shadow of it.

A branch of a cherry blossom is indeed a cherry blossom, but the shadow of one was not cherry blossom itself (that’s why I was allowed to take a photo of it).  In that way, the ‘shadow’ shows evidence of what was -or what was not- present. But it does not and cannot equate to the object in of itself. The photograph of the shadow obscured the characteristic outlines of the branch. Therefore, stimulating my imagination, leading to thoughts such as perhaps that cherry blossom was an artificial flower or other kind of flower. In that sense, shadows wander, or exist separately from reality itself.

Sorry for the long preamble, Kage wo shitatameru (notes of shadows) showcases the works of two artists, Satoshi Kikuya and Kasumi Maeda, and hopes to ‘illuminate’ their two works related to shadows. Kikuya’s work occupies the space on the 1st floor of the exhibition venue. Based on familiar documentary photos and videos left on the iPhone, he has created two-dimensional works and animations that mix pop art, modern Western paintings, and illustrations while interweaving fact and fiction. Many of his works use shadows as secondary by-products of the real world, such as recorded landscapes and circulating images. 22.7×15.8cm works lined up on the walls of this room have the word esquisse in their titles and so we can understand them to be sketches for other works. Although there are individual themes such as camping and running, all of them were inspired by Kikuya’s memories, and were improvised and continuously produced as he came up with them. In addition, the eye-catching LED work “Lightning Dog (Jake)” is a work with a motif of a dog and a person that literally emit light, and it can be connected to the dog figure seen in the works of the esquisse series.

The exhibition space on the 2nd floor is mainly composed of Maeda’s new works. Starting with her sense of inadequacy and dissatisfaction with the materiality of her own body, she has produced video works and three-dimensional works that record her behavior. Lined up in the center of the exhibition room, ‘The way to move a hill’ is an armrest-like iron tool and monitor made to match the size of Maeda’s body. This is an installation work composed of the written instructions to record Maeda’s performance. The numbers and names of body parts written on the instruction plate correspond to the movements in the video, and although it is possible to roughly imagine the flow of the performance. But the very close-up footage makes it difficult to understand the whole artist’s actual movement. The screen simply shows the realistic texture of the skin, and it recalls the existence of Maeda who once touched the tool. But it seems there is a gap between the partial vivid image of the skin on a screen and the actual artist’s body. This creates a similar impression as ‘vis-a-vis’ in front of the exhibition room.  This video work in which Maeda hides her face with the palm of her hand and the camera follows her. In this work, the image of a palm that continues to be projected in the center of the screen gradually unravels, leaves Maeda’s unique body, and appears to transform into something else like a floating shadow.

Prior to that, Maeda had approached the materiality of her own body in a variety of ways, but her previous work often used her projectors and mirrors. “The Distant Body” exhibited on the 3rd floor is a video work. Maeda’s figure that she was stroking her own leg is projected onto a screen. Then actually she also appears, but her body is partitioned off by a screen and she tries to fill in her misaligned contours of the body in an inconvenient state with clay. In addition, “Dancing on the Wall #3,” #4, and #6 use both the right and left hands to draw the outlines of one’s own body reflected in the mirror and layer them on two acrylic boards and the lines are replaced with stone powder clay. Both works include a process of understanding/reclaiming her true sense while measuring the distance between her own awkward body. When Maeda thinks about her body, there is simultaneously a lightness that tries to push her away from herself and a weight that pulls her towards her.

And on display in the back of the 3rd floor is Kikuya’s video work ’Nodebook animated 1’. If you look at this video, you will notice that all the works in front of the 1st and 3rd floors are parts that appear in the animation. At the time of his solo exhibition held in Kanazawa, one commented, “[Kikuya’s work] separates the background [world] from the motif [world], creating a unique world as if the motif were floating.” If we borrow the term ‘floating image’, the fragments used in the animation production process but separated from the animated works (esquisse, time-lapse parts, LED works, etc.) are also a ‘floating image’ and can be considered to overlap with the properties of shadows. This animation itself is a gradual montage based on memories and inexperienced images such as photos and records left on his smartphone, and his own memories. What is here is a sense of floating, traveling back and forth in time, like dogs sniffing out the lingering scents of the past and signs of future rain.

The philosopher Plato once said, “Those who are bound and stare at the wall see only shadows and take them for real.” These recorded things and insubstantial images, their fragments and traces are patched together and montaged in memory, and it looks like a story from the present point of view. Like historical revisionists, it may sometimes be a mistake to assume that this alone is true. However, the shadows and traces of the trivial past give us a sense of reality for a moment and have a great potential to drive our imagination. Like Kikuya and Maeda, I believe that with the practice of Kage wo shitatameru (note of shadows) under your own feet can allow you too to come back to this moment someday and rethink, reconsider and relearn something.

I still have a photo of that shadow branch on my iPhone.

I can’t recall if there actually was a flower anymore.

But sometimes such things lead to the present.

This is an ongoing project to support all aspects of exhibition such as curators, curation cost for artists, exhibition cost, venue, management, and promotion/publicity.
For inquiries, please contact: info@biscuitgallery.com

〈Curator Biography〉
Riho Matsue
1994 Born in Aomori
2019 Graduated from Kanazawa College of Art, Department of Fine Arts, Art Science
2020- Enrolled in the Master’s Program in the Department of Art Studies and Curatorial Practices, Graduate School of Global Arts, Tokyo University of the Arts.
2021 Temporary appointed curator at The Museum of Modern Art, Saitama 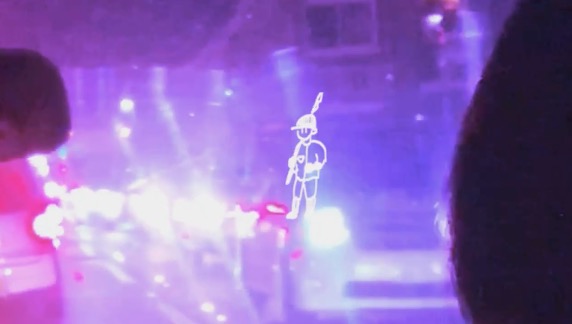 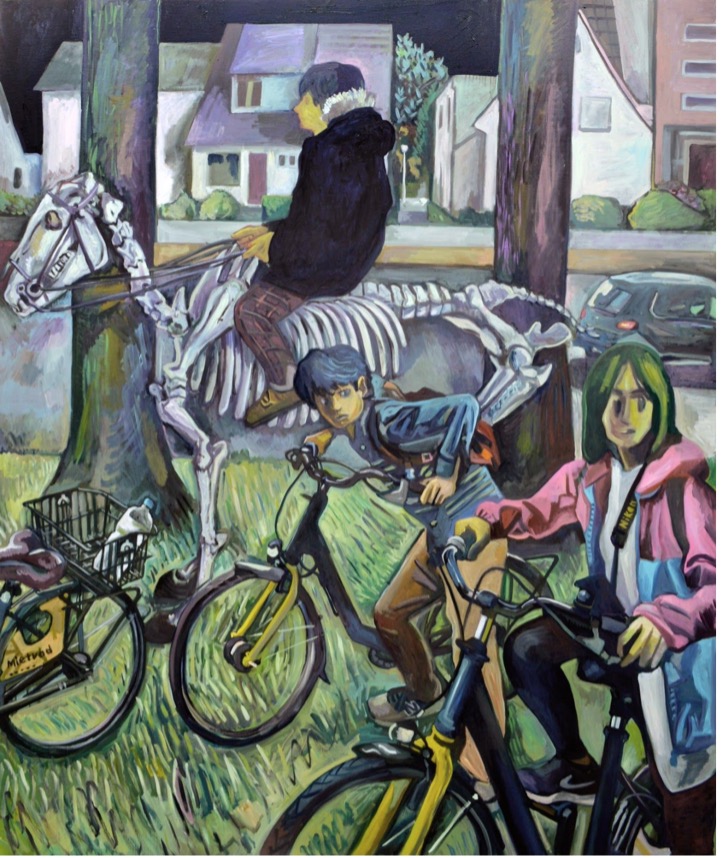 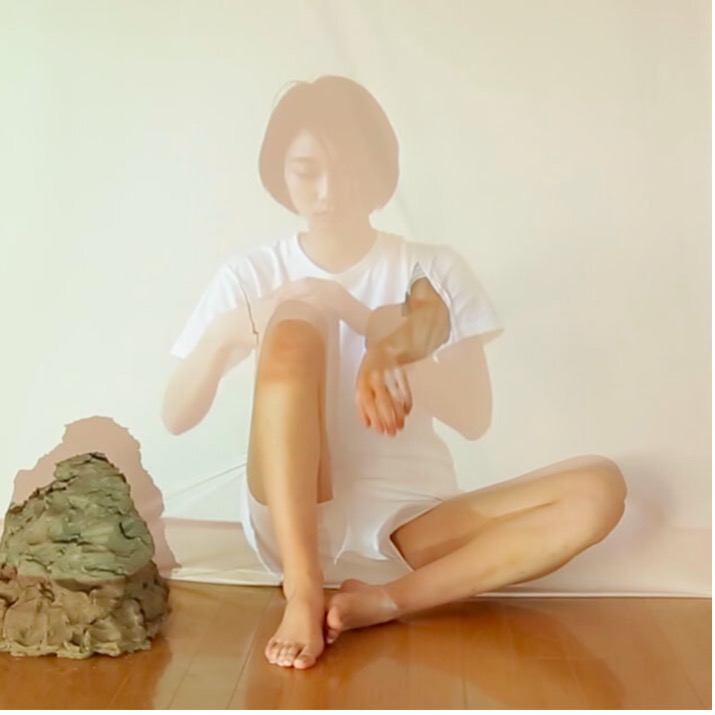